Once the diagnoses were made, the University’s COVID-19 Student Affairs Response Team activated protocols that outline student care while also protecting the health of the campus community.

In July 1957, just three weeks after her 28-year tenure as Southwestern Louisiana Institute’s dean of women ended, Agnes Edwards received a letter from its president.

In it, Dr. Joel Lafayette Fletcher recounted that a student group had visited him “and I immediately reached for the telephone to talk to you about the problem they had presented” as he had done throughout his presidency. He then remembered Edwards’ retirement, and put the phone back in its cradle.

He closed the letter: “We miss you.”

Fellow administrators, faculty and students had relied on Edwards’ counsel since her arrival on campus. As dean of women, she contributed to SLI’s development and stability during a critical three-decade period in its history. A building on campus bears her name. 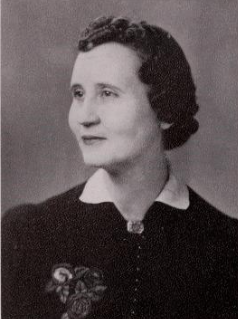 Edwards’ tenure began in September 1929, one month before the start of the Great Depression. The decade-long economic crisis was followed by World War II. The postwar years forced SLI to navigate numerous economic, cultural and social changes as well.

“Through all,” noted a statement the school issued when Edwards retired, she had been “a bulwark of strength to the young men and women of SLI, imparting to them her own integrity, bolstering them with her own courage, and inspiring them with love and trust.”

Born near Tallahassee in 1892, Edwards earned a bachelor’s degree in 1916 from Florida State College for Women, now Florida State University. Following graduation, she taught at a high school near Orlando, and served as its assistant principal.

After World War I ended in 1918, Edwards developed academic courses throughout the United States for wounded and disabled veterans. At a Denver hospital, she established a curriculum that included classes in English, agriculture, mathematics, French and biology. Edwards also sang for patients, often accompanying herself on a ukulele.

She later taught vocational courses to veterans in Pascagoula, Mississippi, and instructed blind former servicemen at a facility in Baltimore who had lost their vision in combat.

In 1926, she returned to her alma mater, Florida State College for Women, as assistant to the dean of women. Three years later, she arrived at SLI.

As the institute’s dean of women, Edwards spearheaded the construction of religious facilities for students and organized SLI’s Red Cross chapter during World War II. She started a basement clubroom in the original Martin Hall for female commuter students to socialize, giving them, she said, “a home on the campus.” She helped establish a chapter of Gamma Kappa Chapter of Kappa Delta, one of several national sororities she brought to the school.

When Edwards announced her retirement plans in 1956, The (Lafayette) Daily Advertiser newspaper opined that “Every phase of her life has been aspiring and positive. There is nothing negative in her make-up, yet few people could be more modest.”

Her impending departure from SLI brought other tributes as well. Student leaders declared 1956-1957 as “Dean Agnes Edwards Year.” L’Acadien dedicated its 1957 edition to her. The yearbook’s editors wrote: “There is little left to say or do in appreciation of her work. How can we add anything that will adequately express our gratitude? She has been willing to understand, to laugh, to sympathize, to give freely of herself, all these years at Southwestern.”

Edwards retired to her native Florida, but often visited Lafayette. She was present at the 1965 dedication of Agnes Edwards House, a privately owned women’s dormitory. The University purchased the structure in 1975 and rechristened it the Conference Center. In 2017, the building was named again for Agnes Edwards.

She died in Tallahassee on Sept. 2, 1967, at age 75. Fletcher eulogized Edwards as an administrator whose “very presence on campus was a living example of the high principles and virtues each of us hope to find in the folks we love.”