UL Lafayette is one of eight universities in Louisiana that’s participating in the White House COVID-19 College Vaccine Challenge.

The University of Louisiana at Lafayette will confer undergraduate, master’s and doctoral degrees on Friday, Aug.

Ji’Carla Martinez once aspired to a career in fashion, but decided the industry wasn’t a good fit after watching a documentary about its inner workings.

The film detailed the use of harmful chemicals in the making of some clothes and accessories, and the practice by some companies to rely on cheap labor in developing nations.

“I still love fashion very much, but I realized I didn’t want to be a part of it,” Martinez explained.

Instead, she will earn a bachelor’s degree in political science with a concentration in international relations from the University of Louisiana at Lafayette on Friday.

Martinez, a history buff, said a teacher at Acadiana High School who knew of her interests suggested she consider studying political science. Martinez quickly took to the idea.

“I got really interested in foreign policy, in how world governments interact and in bureaucratic systems, so I was like, ‘OK, political science makes sense,’” she said.

Martinez, 22, enrolled at UL Lafayette in 2016 because the University’s undergraduate political science program offered a concentration in international relations.

It was the first step on a path she hopes leads to a job at the U.S. State Department in Washington, D.C., followed by an assignment as a diplomat or consul at a foreign embassy.

Martinez, who is from St. Thomas in the U.S. Virgin Islands, moved to Lafayette seven years ago with her mother and her stepfather, who is from Carencro, La.

“I grew up in an incredibly multicultural environment. Most of my friends’ families were from places like Palestine, Colombia, Bulgaria. So it’s just natural for me to want to work with people who are very different from me,” she said.

In addition to her education, she is confident that participation in a range of campus activities will help make those aspirations a reality.

During her tenure as vice pres 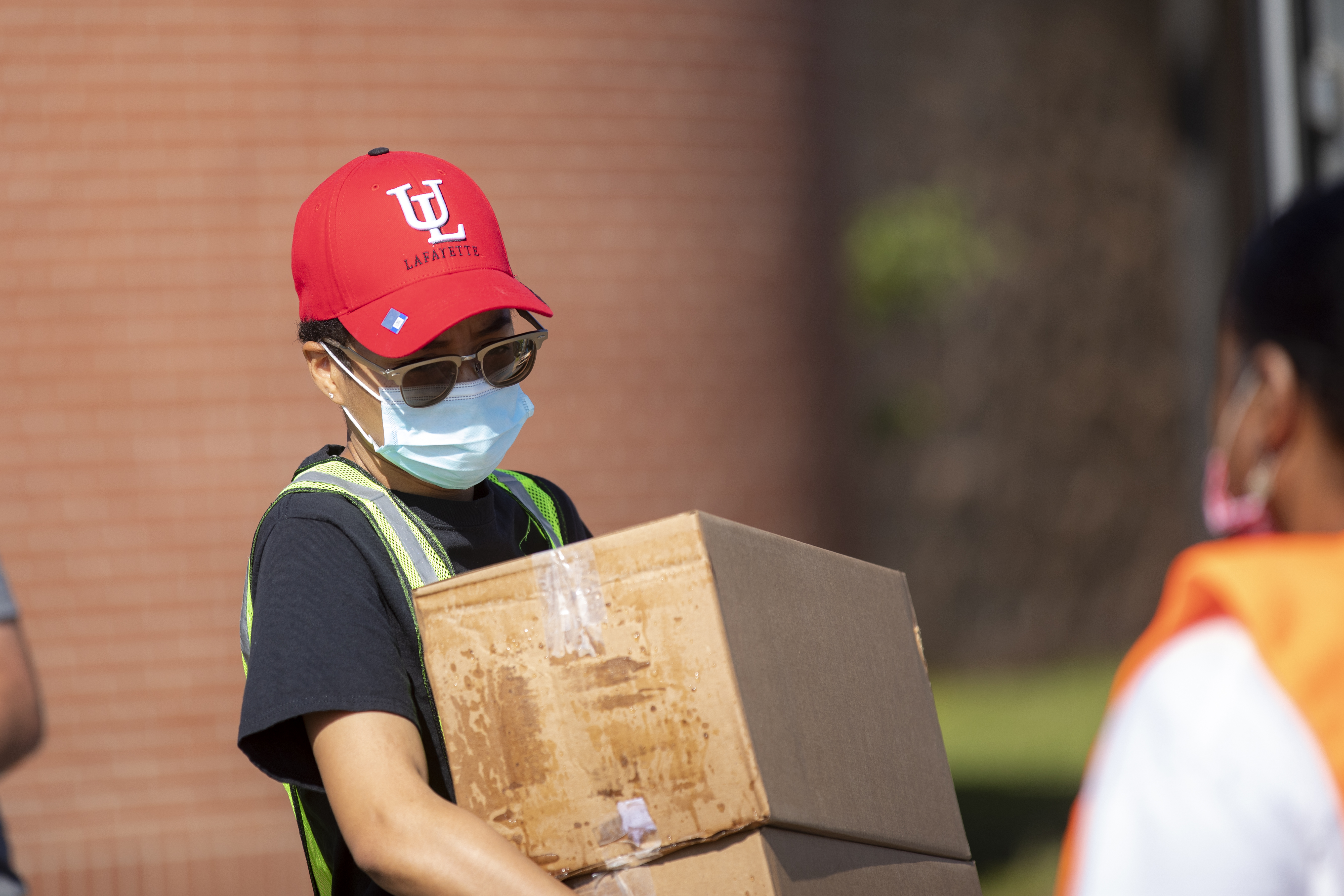 ident of Alpha Kappa Alpha sorority, for example, Martinez said she “learned to deal with large groups of people, lots of different personalities, and did a lot of planning” for events.

As a “Komeback Krewe” volunteer for SOUL Camp, the University’s program to help incoming students make the transition to college life and become campus leaders, Martinez was a liaison between University staff members and other student volunteers.

“It wasn’t my motivation for being involved, but looking back I realize I’ve learned something from just about every experience I’ve had that will help me in some way in the future,” she said.

Martinez has accepted a job as a volunteer mobilization and special projects manager at United Way of Acadiana, where she now works part-time.

In Spring 2021, she plans to pursue an MBA at UL Lafayette – with a focus on global management – and continue to work at United Way.

Then, MBA in hand, she envisions leaving “her comfort zone” and beginning life as a foreign diplomat.

“I know it won’t be easy, and it might not always be glamorous, but I’m pretty open-minded about going anywhere,” she said.

Photo caption: UL Lafayette’s Ji’Carla Martinez, 22, will earn a bachelor’s degree in political science with a concentration in international relations on Friday. Martinez, a volunteer mobilization and special projects manager at United Way of Acadiana, is shown during a recent food drive sponsored by the nonprofit organization. (Photo credit: Rachel Rafati / University of Louisiana at Lafayette)

NPR
Monkey see, monkey do? Researcher studies animal cognition by gauging how rhesus macaques react when they look in the mirror.